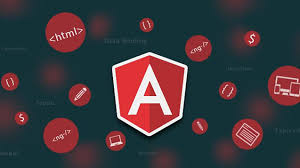 This app development framework is the second choice of the professional developers and it has successfully captured a fair amount of market share as well. When compared with other web app development frameworks, Angular is found to be the most efficient and next-generation framework that can be particularly used for building a different type of interactive web and mobile applications both for desktop and mobile. This framework is simply developed to simplify the front-end development of the applications for both platforms (web and mobile).

Why should you opt for Angular?

Angular enables the developers to develop multiple modules for any particular application, and each module is dependent on the other. While counting the benefits of the Angular framework, it can help in identifying the need for an extra module as well. Thus, it can be combined with other modules effortlessly for the successful execution of the application.

Angular supports superb code maintainability of the codes in several different ways like moving up from one major version to another, and the packages are updated at the same time. This makes it easy to maintain the HTTP, Routing, and any other Angular material.

The application that is built on Angular comes with a component-based architecture. Each of the components holds a precise specification and even has its independent behavior matching its environment. It allows you to distribute the design of the components within the development team. If any of the elements does not match its specifications, it makes it easy to replace as well.

Angular used for application development does offer a different framework. It provides you with a better understanding of how the application will behave before being executed. This allows for proper optimization of the application being developed. Let’s say, it can automatically eliminate any useless code.

What are the benefits of using Angular?

The default setup of the Angular framework provides you with everything you need, right out of the box as per your requirements. Some of the tools provided include taking care of routing, which lets you easily fetch the data you want to keep in your application. Angular provides you with a preconfigured environment that not only helps with the app development process but also eases the testing process as well.

The Angular framework comes built-in with TypeScript. The main advantage of typescript is that it allows us to type different languages and help developers keep their codes clean and understandable in a better manner. Moreover, it makes it easier to spot bugs and eliminate right away giving you the ability to see common errors while you type.

The Angular app development framework is a full-fledged responsive app design framework. The key feature of the framework is that there is only one suggested way to consistently create a component, service, or module of the application.

How is Angular different from other Framework?

This is one of the biggest advantages of using an Angular framework over others and it is the part of Google’s Long-Term Support or (LTS). The support from Google also helps in scaling up with the Angular ecosystem.

The Angular framework uses HTML in order to define the UI of the application that is being developed.  HTML, when compared to JavaScript, works as a less complicated language, and is also a more declarative and intuitive language to work with.

Testing is really simple when working with the Angular framework. The modules in the application are easy to manipulate or work with. Having separated modules allows you to load only the necessary services and effectively perform the automatic testing process.

Why should you prefer Angular development for your Mobile Web App Development?

The web applications developed on Angular come with a component-based architecture. The components offered in the architecture do come with their own specifications and also behave according to their circumstances.  By using this framework it makes it far easier to distribute the design of the components within the application development team, and if there is any mismatch with the specifications, it becomes easy to replace it as well.

The applications developed using the Angular framework use the simplified MVC architecture for the development of the page and decreases the load time. This is one of the primary reasons why this framework is popular with developers and companies to choose Angular framework.

Why should you choose ITSpectrum?

ITSpectrum provides the best angular app development services in India by being client-oriented and offers different solutions in terms of building the most efficient web applications. For having several years of experience, ITSpectrum is a well-recognized market leader globally with a strong market presence providing the best client experience. We follow the industry-standard web application development cycle and ensure effective communication with all of our clients. ITSPectrum has proven expertise and has earned global recognition continuously by being a competent Angular service provider. We thrive to provide the best products and services in order to earn the utmost customer satisfaction.